Since Keith Peters posted the cool tools that he uses, I thought I’d throw mine out there too. A few are on Keith’s list, but many aren’t.
I also decided to point out the Firefox extensions that I have installed that have come in quite handy. 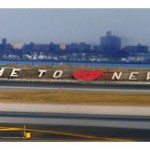