There’s been a lot of new debugging tools released lately that expand upon the somewhat dated Trace in Flash. I’ve tried many of them and they each have their advantages, but the one that I have settled on is LuminicBox.Log.
LuminicBox.Log can now be downloaded from here.
LuminicBox.Log is easy to include in your code and just as easy to remove from your final distribution.

It lets you log with different levels … Debug, Info, Warn, Error, and Fatal and can trace through objects.
LuminicBox.Log comes with a separate tool called FlashInspector that allows logs(traces) to be sent to its window through LocalConnection, which enables you to log comments outside of the Flash environment … this has been great for debugging many of my recent CDROMS.

And I have created an exe from SWF Studio that allows FlashInspector to always be on top … you can download that here. 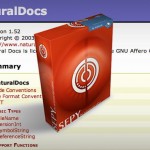